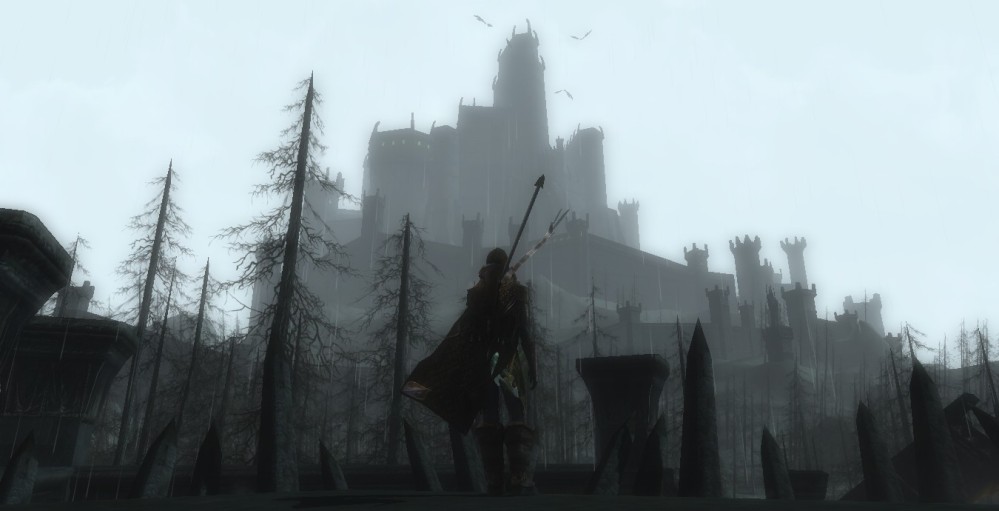 Part of the NBI2015 and part of Murf’s Screenshot Safari.

So this is my Mirkwood hunter, Eldaeriel in Lord of the Rings Online.  She is at Gathbúrz staring at Dol Guldur.  This shot was taken quite a while ago (at least a few years!) and it remains one of my favourite screenshots ever.  I actually re-posted this, just a few weeks ago.

anyway, why is this in the High Fantasy category?  Well, firstly its Tolkien and I guess you can’t really get more high fantasy than that.  Secondly, I feel it tells a story.  Even if you don’t know the details, I think you get the impression that it is an adventurer staring at a place of great evil.  Why are they there? What are they thinking? What are they going to do?

When you know that it is a Mirkwood elf looking up at the source of the evil that has corrupted her homeland – the story grows deeper.  Is she thinking of the death, destruction and loss caused by Sauron? (more than likely given she’s an elf :P), is she thinking of revenge? (the Mirkwood elves were more ‘hotheaded’ than their Lothlórien cousins)  Is she planning an assault? (It could be the White Council’s assault during The Hobbit or it could be before the Battle Under the Trees?)

I actually took the shot while questing in the area, and I just really wanted a shot of my elf and Dol Guldur.  I was questing and playing through the story of my elf’s homeland so it was pretty amazing to actually finally be there 🙂   The story obviously does involve the forces of Sauron and you do get to infiltrate the tower with a band of elves and dwarves – I loved this epic story.

It was a nightmare to get as the only place I could find to get a full view of my character and Dol Guldur, was directly in front of a tower.  It took absolutely ages to find this site and to then get the camera in the exact right spot…  I haven’t played with any effects on this shot either, its exactly as it appeared in game.