as promised…  and possibly worst. title. ever.

So, this year I played: Dragon Age Inquisition plus DLCs; started playing Guild Wars 2 with the GGG guild; played Elder Scrolls Online and Skyrim (again).  I still really enjoy all these games, even though the DA obsession has mostly passed (for now) and I’m not playing ESO very regularly.  I am starting to miss the longstanding and regular Weds ESO night with Arin, Aeo & Leron but that should be happening again soonish 🙂

I imagine 2016 will be mostly taken up with GW2 and quite probably an ESO revival.  Perhaps I should make 2016 the year of games I want to play but never do – Lotro and Mass Effect spring immediately to mind.  I’ll be very surprised if that happens though.  Really though, I’m waiting for news on the 4th Dragon Age game and the 6th Elder Scrolls game – I don’t expect to be any more enlightened by the end of the year 😉

I had the usual sporadic posting pattern, with regular posting during #Blaugust and #IntPiPoMo.  I always think I’m going to stick to a schedule but I never do.  My favourite posts from this year are my ESO comics Ambush and Hail to the Thief, the rubbishy video of When Dragon Fights Go Bad, Hags & Crones Unite, Coastal Shots and Bows.

I thought I’d include some post stats (for the first time).  You can also view the full report, provided by WordPress if you want more detail.

This year also marks my 10th year playing MMOs.  I feel that I should at least record this.  I’m not going to mention the MMOs that I just tried out, just those I played ‘properly’.

I started in EQ2 in 2006 back on the Isle of Refuge, I ended up with a Ranger, an Assassin, an Inquisitor and a Shadowknight at max level plus a whole horde of alts who didn’t get past level 50.   After a couple of years of playing pure ranged dps (Ranger), I ended up really liking the melee classes – the positional challenge of the assassin and just generally stabbing things in the back, I loved tanking with the Shadowknight – tons of aoes and lifesteals.  My Inquisitor was just awesome – I converted all her spells to melee skills and waved a two handed hammer around while chucking out debuffs and reactive heals – huge amounts of fun.

I started playing Vanguard (2008 I started I think but I played it on and off until shutdown) and I ended up having the most fun with a Shaman (she got to her 30s), though I enjoyed the Ranger and Bard classes too.

I then switched MMOs to Lotro (roughly 2010) where I played a Loremaster, Hunter and a Champion to max level, as well as having the usual alt horde. I did start off with my Hunter as main but the Loremaster ended up being more fun to play.  She had great versatility and was strong solo and in groups.  I really enjoyed being in Middle Earth.

Elder Scrolls Online (from Apr 2014 to present), I have a Nightblade, Dragonknight and Templar at VR level and a possibly up and coming sorcerer.  My DK is currently a pure crafter but I ended up with a stealth specialist, stamina NB using dual wield and bow and the templar also dual wielding and wearing heavy armour.  I have thought about giving my templar a two-handed hammer and trying for the EQ2 Inquisitor vibe – I loved that class 🙂  I really like the combat here, out of all the MMOs I’ve played, it’s my favourite way to fight.

Dragon Age Inquisition Multiplayer (winter 2014/2015), this is the game where Arin and I surprised ourselves by enjoying the Arcane Warrior and Elementalist classes rather than the physical damage classes.  We had a lot of fun duoing the 4-person instances.  I especially liked the living on a knife edge Arcane Warrior and his ability to bounce back most of the time.

Guild Wars 2 (Aug 2015 to present) I have a Ranger, Revenant and Necromancer at 80.  I’m enjoying the Ranger/Druid the most at the moment as it reminds me somewhat of the Loremaster – the ability to dps, buff (rather than debuff) and heal allies with some CC.  Its nowhere near as complex of course but the mix of roles makes it fun.  I like dual wielding on the Revenant but I haven’t actually played her much now I’ve got her to 80.  The Necro/Reaper is also a lot of fun – I’ve literally just got her to 80 and am just figuring what is what.

Ah, yes, a gallery of my main characters 🙂 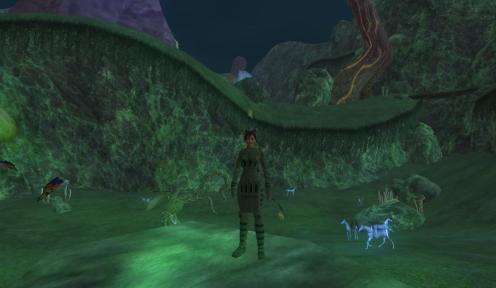 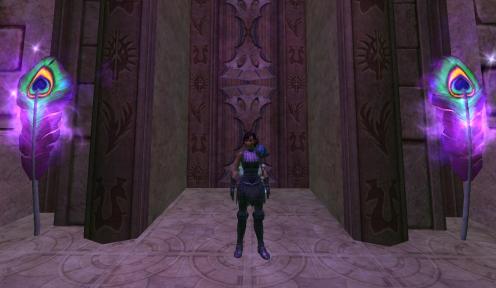 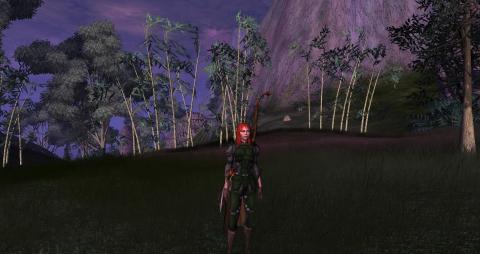 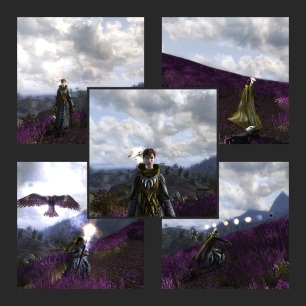 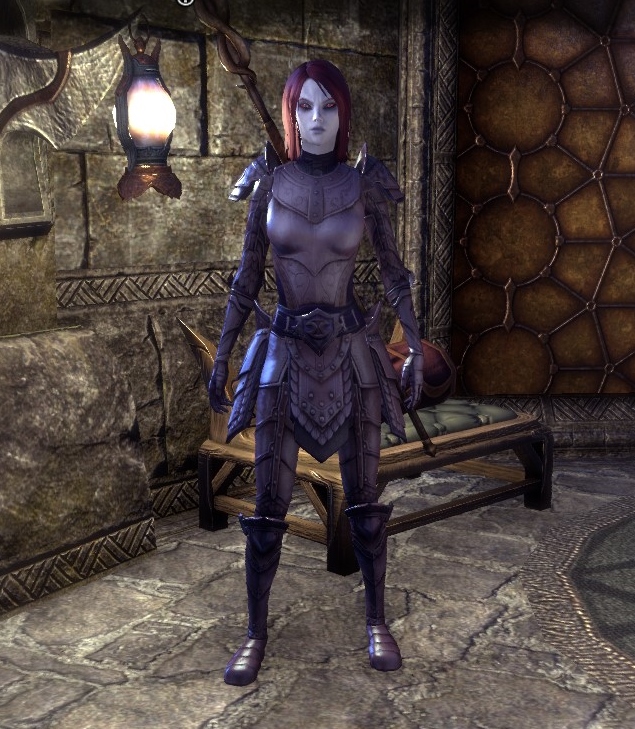 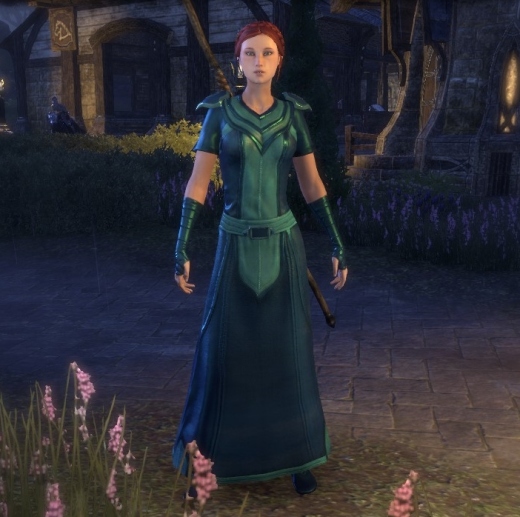 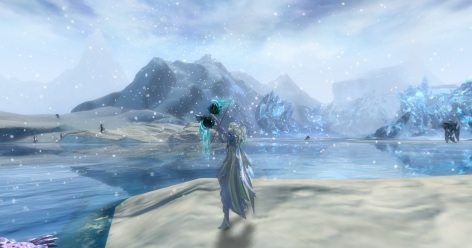