so this was supposed to be written on Friday (and I missed my MMO screenshot post too).  I’ve had one hell of a week, nothing too awful but felt totally drained by sorting out a lot of old stuff (am allergic to house dustmite and was sneezing almost constantly, which caused me to feel absolutely shattered) and our 8 yr old deciding to try out being very defiant.  Things are calmer now fortunately 😉

anyway, even with all that, I have got some gaming in.  I’ve been plugging my way through the quests in Central Gondor, slowly moving towards level 105 and Minas Tirith, Old Anórien.  I still have quite a way to go.  I really like the landscape but with the now constant gloom from Mount Doom it is quite bleak and depressing.  I’m enjoying the stories of the people along the coast who must have suffered during the Corsairs of Umbar raids.  Aside from the battle at Pelargir, I can’t recall reading too much else about them.

I also met up with Arin in SWTOR on one night and then in ESO another.  We did the next flashpoint in SW which was very fun and managed to get the bonus missions done this time and we tried our hand at one of the new Shadowfen dungeons in ESO.  We did try to cheese our way through by running it with Arin’s vr16 and my level 30 sorc and we were doing OK.  However, it’s a massive dungeon so we didn’t get all the way through even so.  The new dungeons look fab and I think on level, will be quite a challenge. 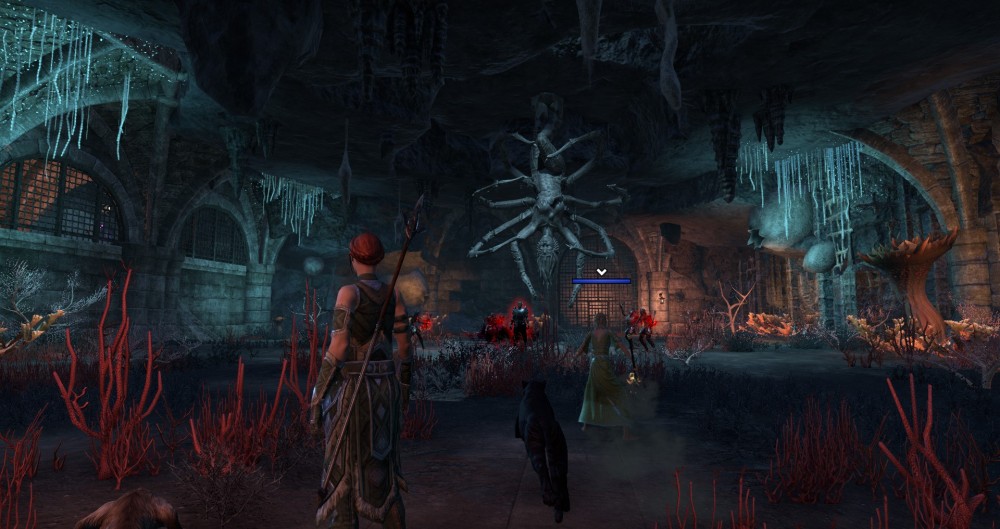 Aside from that, I have been mulling over the Skyrim enhanced playthrough decisions.  I will probably go mod-lite (just the essentials like protected npcs, auto perks, character appearance enhancements – I don’t believe there will be an improvement to the base game with that, I might be surprised though :P)  Deciding which house (poss modded) will be the ONE house.  I will probably add more QoL mods in at later levels though.

I think I might ban myself from porting and jog everywhere instead.  Although it’s really handy, you seem to lose some sense of the world when you can pop up anywhere on the map in the blink of an eye.  I will probably relax that when I grind through Thieves Guild jobs though…  I think I’ll leave the Thieves Guild and adventure DLC until later levels and attempt to ignore the Civil War questline.  Hmm decisions, lovely decisions 🙂