well I guess it wouldn’t be an RPG if you didn’t face death, well face death then cheat it by rezzing or being rezzed…

36. EQ2.  Death by raiding. An early shot from some horrible raid zone – I think it was the open dungeon with attached raid instances/fights in the Sinking Sands…  spectacular raid wipe anyway 🙂

37. Lord of the Rings Online.  Death by finger twitching.  I was taking screenshots at the top of waterfall in Rohan which overlooks lands we cannot (or could not) visit.  My finger twitched and my character fell to her death 😀

38. Elder Scrolls Online.  Death by zerg.  Its always fun getting trampled by the blue blob 😛 39. Elder Scrolls Online.  Death by friend…  Arin had knockbacked the npc off the platform just as I ambushed (leapt onto the npc) him – I followed him over the edge to my death.  We were laughing hysterically for about 5 minutes. 40.  Guild Wars 2.  Death by jumping puzzle.  One wrong move and all that hard work and stress is undone in a second…  🙂 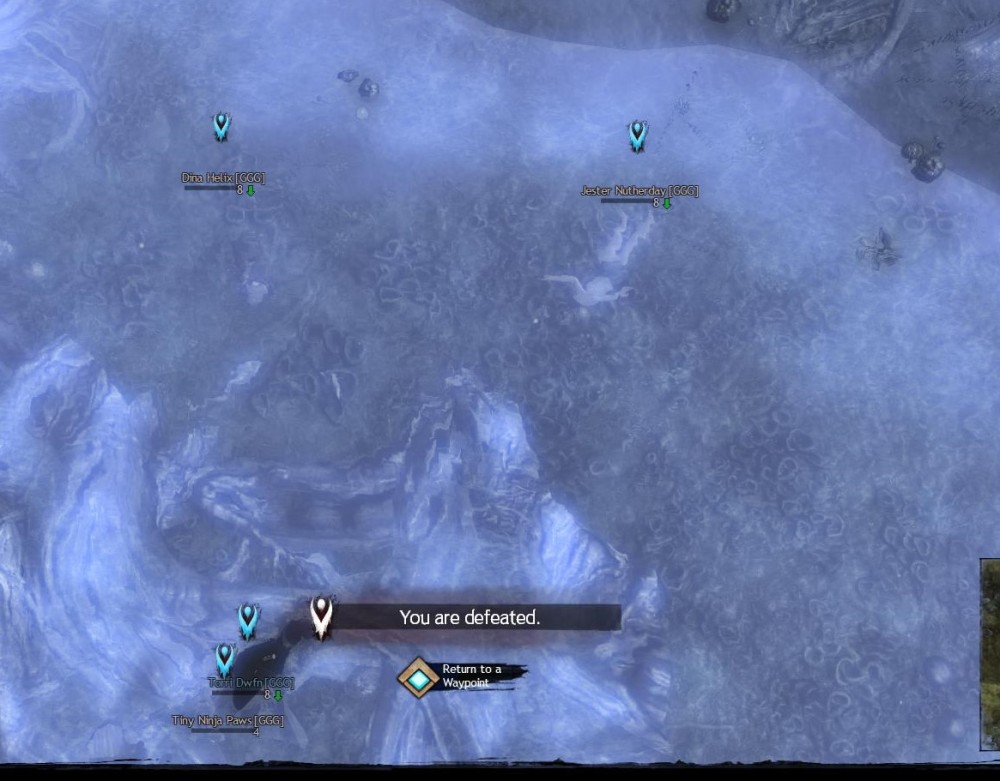